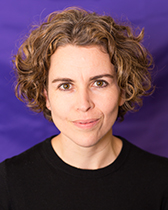 “This project investigates the legacies of civil war on the political life of those living in war zones—that is, the places where non-state armed groups operate. Relying on a longitudinal study of Colombian communities that lived with different types of regulations and local practices under the presence of guerrilla and paramilitary groups, I investigate how experiences of wartime violence and governance influence political behavior and local politics in the post-conflict stage.” 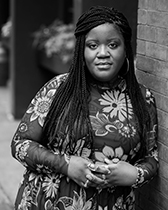 Project: Refinements of Cruelty: Enslavement, Enfreakment, and the Performance Archive

"My book examines the lives of 19th century African American sideshow and freak show performers who were also enslaved. The book also considers those who were enfreaked and had intimate ties to American slavery. I define enfreakment as an active process of subjugation that (coupled with enslavement) led to systems that sought to perpetually enslave Black disabled people after Emancipation, even while simultaneously casting them as abjectly valueless under the logics of the plantation." 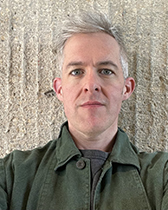 "My book project listens for resonances of the voice of composer-vocalist-improvisor Julius Eastman in New York City from 1968–1990. I analyze the contradictory associations that sustained his artistic communities from the emergence of the gay liberation and Black power movements in the 1960s to the devastation of the AIDS epidemic in the 1980s. As antagonistic collation work, Eastman’s black queer experimentalism modeled an aesthetics and politics of irreducible plurality which has much to teach us in our own time." 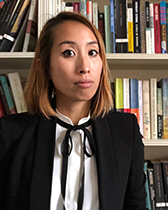 "How does contemporary Asian American literature *experiment* with the terms of racial representation? Activating both valences of the word—literary-formal and scientific—my book project, Molecular Race, examines post-1965 works that engage scientific discourse to challenge the lay perception of race as a biological trait of an individual human. Working through paradigms from quantum physics, evolutionary genetics, developmental biology, and elemental chemistry, my book shows that not only is the nexus of race and science not reducible to scientific racism, but also, that science can be an unlikely creative reservoir for Asian American writers." 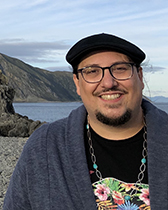 Project: Power Over the Land: Race, Colonialism, and the American Midwest

The American Midwest has long been mythologized as a heartland of whiteness and homogeneity, while its true character has always been far more complicated and contested. Within the past decade, for instance, the communities of Ferguson, Missouri and Flint, Michigan have become synonymous with endemic police violence and unequal toxic risk, driving national conversations. Power Over the Land highlights the means by which racial capitalism has shaped Midwestern history and geography. 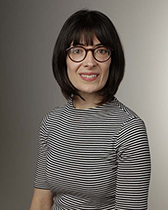 This project explores the impact of modern home furnishings retail brand, Crate & Barrel, by analyzing its founding years in Chicago alongside the broader historical context of post-WWII American design consumer activity; Chicago as an influential site of modern design consumption; and design of the modern American home in relation to the period’s evolving concepts of women’s work and domesticity. 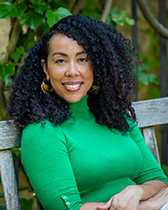 "My book project is an ethnographic study of Black space in education and builds on my recent theoretical work on Black educational fugitive space to examine the ways Black girls experience, refuse, and resist anti-blackness in schools. Black girls speak considers how we might build on the radical possibilities in wrestling with anti-blackness in education, towards developing bold and decisive policies and practices that confront the educational debt owed to Black communities, and begin the process of meaningful redress." 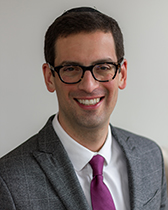 "My book-in-progress explores the overlapping ways in which Jewish and Christian authors and artists distinguished humans from animals, and Jews from Christians, over the course of the Middle Ages. Specifically, it shows that in Europe during the high Middle Ages, both Jews and Christians increasingly equated Jews with animals. For Christians, the linkage was meant disparagingly—claims that Jews were fundamentally animalistic served to 'de-humanize' them by highlighting their inferiority and irrationality. But a wide range of medieval Jewish authors and artists self-consciously celebrated their 'beastly' identity, and sought to efface the conceptual and theological boundaries between humans and animals altogether. My book project explores this paradoxical convergence between Christian and Jewish discourses of animality, and traces the motif of the 'beastly Jew' in a wide array of theological, scientific, and artistic sources. The counter-intuitive overlap between Christian polemic and ostensibly 'internal' currents of Jewish thought speaks to the complexities of medieval interreligious relations, and, more broadly, to the shifting and contested status of 'the animal' in medieval European culture." 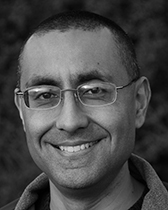 Project: Fictions of Judgment: Empiricism, Aesthetics, and the End of Ends

"Why are we so uncomfortable with the practice of judgment? Are judgments anything more than the expression of subjective preferences? If judging something is different from knowing it, what legitimacy or authority do judgments have? My book project locates the roots of our current allergy to judgment in the emergent eighteenth-century discourses of empiricism and aesthetics. Against these discourses, I turn to novels in the period, particularly Jane Austen’s, to show how judgment works and why judgment is necessary to create the world of meaning we inhabit." 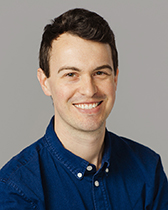 Roger Williams is the Book and Paper Conservator at Northwestern University Libraries where he conserves and maintains physical collection materials. He received his master's degree in Conservation Studies from West Dean College (West Sussex, UK) and the University of Sussex. He is particularly interested in large-scale collaborative work, open-design tools, and efforts to make conservation more accessible.