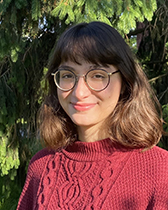 "Vanguardismo developed as an avant-garde movement in 20th century Latin America, and in Mexico, it manifested in artist collectives and movements such as estridentismo and ¡30-30!. Within the movements, the construction of the artist’s public persona was an art in itself. However, most collectives excluded women. I look to answer the question: How did Isabel Villaseñor construct a public persona for herself as a woman through her visual art in Post-Revolutionary Mexico alongside other male dominated vanguard movements?" 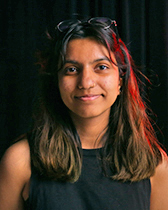 “'Brown voice' is the exaggerated version of Indian accents that exists in Western media. South Asian Englishes have always been marked deviant, in both the written and spoken forms, and are binarily categorised as 'racialised' accents in opposition to so-called 'race-neutral' accents. My project shall look at media featuring 'brown voice' from a variety of sources and explore non-celebrity, non-scholarly, and non-diasporic South Asian perspectives with the goal of creating a personal documentary that challenges this strict 'sonic color line' created by colonialism and complicated by diaspora." 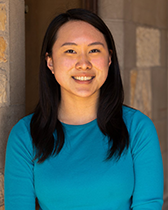 "Qing dynasty officials used illustrated ethnographic tributary scrolls (Zhigongtu 職貢圖) to document the various groups of people the empire encountered. Among these scrolls include several depictions of Indigenous Taiwanese, whom the Qing viewed as liminal and savage. In the 21st century, these scrolls have been displayed in Taiwan’s National Palace Museum. In addition to a traditional art historical analysis, my project will also engage with how present-day museumgoers in Taiwan — a place that now embraces its indigeneity — grapple with the scrolls' themes of empire, domination, and national identity in colonial and postcolonial eras." 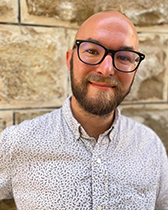 Project: This City is So Empty: Street Art, Youth, and Urban Futures in Amman, Jordan

"My dissertation examines how graffiti/street artists in Amman, Jordan deploy art to mediate their spatiotemporal experiences of Amman as an 'empty' city lacking excitement and jobs while working creatively within and outside networks of state and institutional art patronage. I underscore the ways artists’ imaginations of a future Amman are co-constitutive of neoliberal logics of urban development, state branding, and the state’s regulation of public political expression." 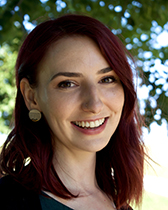 Project: Coding the Collective: Art, Activism, and Technology in the United States, 1970–1999

"My dissertation develops a history of early new media art and activism spearheaded by women across the United States between 1970 and 1999. I focus on artist-run galleries, art collectives, and community art centers in Chicago, New York City, and Los Angeles, uncovering the ways that artists took up then-new technologies (like television, xerography, video, and digital imaging) as creative tools for affinity and self-representation during a period of rapid political and technological change." 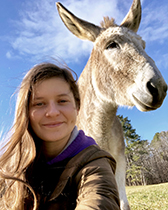 Project: That We May Live Upon the Earth Again: Debt, Dispossession, and Dakota History, 1829–1889

"I trace efforts to translate between Dakota and settler economic worlds, languages, politics, and ontologies across sixty years of intergenerational relationships. The dissertation shows how settlers created financial mechanisms to capitalize on genocide and democratize the process of dispossessing Indigenous nations. Simultaneously, I demonstrate how Dakota people navigated and challenged regimes of US citizenship, settler theology, and racial capitalism." 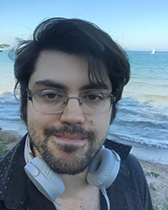 "Juridical Fictions reexamines the productive relation of nation and narration in Latin America by focusing on the often-understudied intersection between literature and law throughout the late nineteenth and early twentieth century. By analyzing the literary representations of legal figures that begin to proliferate in this period, my dissertation uncovers the increasingly critical attitudes of Latin American writers towards state authority, as well as their shifting roles in exposing the fissures and contradictions in nation-building discourses."

Learn more about the Franke Fellowship Program at https://humanities.northwestern.edu/research-and-funding/franke-fellowship-program1/index.html