Franke Graduate Fellowships, supported by generous funding from Richard and Barbara Franke and The Graduate School (TGS), bring together four outstanding doctoral students in the humanities to cultivate their research and teaching in the interdisciplinary setting of the Kaplan Institute. Franke Graduate Fellows devote two quarters, full time, to shaping their projects during fall and winter. They also receive pedagogical mentoring in developing an undergraduate course that they teach in their home departments in the spring. 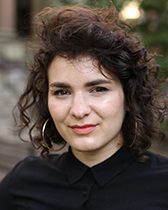 Project: Carceral Crisis: The Challenge of Prison Overcrowding and the Rise of Mass Incarceration, 1970-2000

"My dissertation reconceptualizes the 1970s through the 1990s as an era of carceral crisis. Using Pennsylvania as a case study, I argue that despite the ubiquity of law and order politics, calls to get tougher on crime ran up against a substantial lack of prison capacity and prisoner resistance. Through recapturing a crucial moment of contingency in the development of the racialized carceral state, my dissertation clarifies the mechanisms and discourses through which policymakers ultimately furthered mass imprisonment." 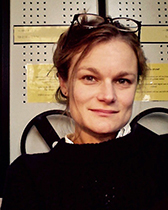 "My dissertation examines how geographic literatures shaped nation-formation in eighteenth- and nineteenth-century America. Working against past scholarship that evaluates settler and Indigenous writings as distinct from one another, I analyze land cession treaties, government correspondence, gothic novels, captivity narratives, and autobiographies to argue that Native and U.S.-Americans participated in a literary-geographical dialogue that produced multiple national imaginaries, simultaneously creating and destabilizing the space of the 'nation' in the process." 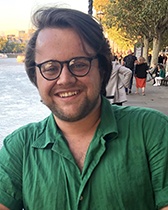 "My research project tracks the deliberate, anti-racist use of nineteenth-century blackface minstrel conventions by Black and other minority theatre artists in the contemporary era. I focus on the theatrical content (like character types, language, or even blackface makeup) and dynamics between performers and spectators to build the concept of 'strategic re-deployment,' a theoretical term that accounts for how components of the historical form are integrated into contemporary performance and come to constitute unique aesthetic engagements with Black history, cultural memory, and resistance politics." 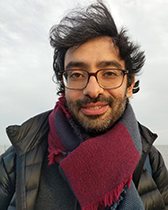 Project: The Secularity of the Avant-Garde and Other Modernist Myths: Art and Spirituality in Iran During the Cold War (1949-1977)

"My dissertation investigates the understudied role that Sufism and mystic thought played in the establishment of modern art in Iran before the Islamic Revolution of 1979. My work expands common understandings of 'national' modernisms of the post-World War II period by emphasizing a transnational network of conversations from France, to the U.S., to Iran, between artists and thinkers who saw in 'Eastern Spirituality' a corrective to the alienation of the modern West, and sought to use art for the preservation of the spiritual."

Franke Undergraduate Fellows develop their independent research projects within the Kaplan Institute; receive mentorship in fall and winter through the Senior Humanities Seminar, taught by Cynthia Nazarian (French and Italian, Comparative Literary Studies); and present their work at the Future Directions Forum in spring 2021. 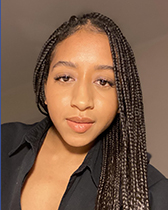 Project: A New Archivist: Search Engine Algorithms and the Control of the Black Image

"The archive has historically been a critical resource for engagement with Black images. However, internet search engines have presented a new and relatively unregulated avenue for their mass circulation. Beginning with the proposition that the internet serves as the archive and the search engine algorithm the archivist, my project looks at their respective influence on the control of the Black image, focusing on the use of search engine optimization software and the materiality of the archive." 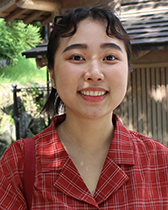 "In the Sinosphere today, a new generation of young, stylish, and effeminate male idols have amassed great popularity. At the same time, ‘masculine’ female pop stars, such as Li Yuchun, are part of an increasingly popular gender-neutral aesthetic. My interdisciplinary research explores visual and material sources in order to gauge the social, cultural, and political implications of these emerging 'queer masculinities,' which exist outside of the hetero-normative hegemonic masculine matrix, with the goal of unraveling the uneasy identity formation processes in contemporary Chinese culture." 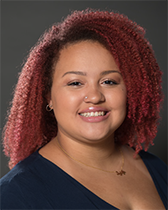 "Alabama continues to face the repercussions of its civil rights failures to this day, and the reasons why can be found within the state's tumultuous history. My project looks at some of these reasons that were instigated by the actions of the Alabama State Sovereignty Commission, a government agency created by Governor George Wallace in order to fight important civil rights legislation like the Voting Rights Act of 1965 and the desegregation of public schools and how these actions impacted current Alabamians."