Beginning in fall 2010, the Institute changed its events schedule to include Distinguished Harris Lectures and an annual Dialogue Series, which brings conversations in the humanities to the public sphere.

For 2015-2016, we explored Native American and Indigenous Studies topics of history and cultural production.

A Misplaced Massacre: Struggling Over the Memory of Sand Creek 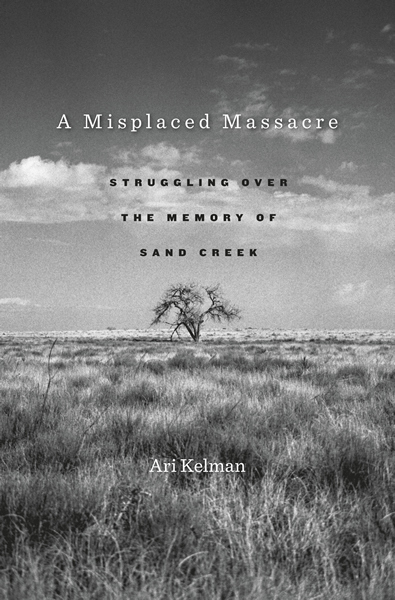 This event is free and open to the public, and made possible in part by the Harris Fund.

Ari Kelman is the McCabe Greer Professor of History at Penn State University, where he teaches a wide range of courses, including on the Civil War and Reconstruction, the politics of memory, environmental history, Native American history, and America in the 1960s. He is the author, most recently, of Battle Lines: A Graphic History of the Civil War (Hill and Wang, 2015), as well as A Misplaced Massacre: Struggling Over the Memory of Sand Creek (Harvard University Press, 2013), recipient of the Antoinette Forrester Downing Book Award, the Avery O. Craven Award, the Bancroft Prize, the Tom Watson Brown Book Award, and the Robert M. Utley Prize; and A River and Its City: The Nature of Landscape in New Orleans (University of California Press, 2003), which won the Abbott Lowell Cummings Prize.

Kelman’s essays and articles have appeared in Slate, The Christian Science Monitor, The Nation, The Times Literary Supplement, the Journal of Urban History, The Journal of American History, and many others. Kelman has also contributed to outreach endeavors aimed at K-12 educators, and to a variety of public history projects, including documentary films for the History Channel and PBS’s American Experience series. He has received numerous grants and fellowships, most notably from the National Endowment for the Humanities and the Huntington Library. He is now working on For Liberty and Empire: How the Civil War Bled into the Indian Wars.

February 1, 2016 – 12:00 pm
The Liminality of Empire: The Making of the Savage in a Lawless Land
Heidi Kiiwetinepinesiik Stark (University of Victoria)