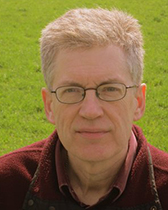 Kevin Boyle is William Smith Mason Professor of American History. He is an historian of the twentieth century United States, with a particular interest in modern American social movements. His book, Arc of Justice: A Saga of Race, Civil Rights and Murder in the Jazz Age, received the National Book Award for nonfiction, The Chicago Tribune Heartland Prize, and the Simon Weisenthal Center’s Tolerance Book Award. It was also a finalist for the Pulitzer Prize and was selected for community-wide reading programs in the Detroit metropolitan area and the state of Michigan. Boyle is currently at work on two book projects: The Splendid Dead, a micro-history of political extremism and repression in the early twentieth century; and The Splintering, a narrative history of the 1960s. He teaches undergraduate courses on modern United States history, the civil rights movement, and racial violence and graduate courses in twentieth century American history, working-class history, and narrative history. 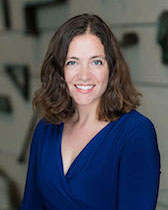 Laura Brueck is Associate Professor of South Asian Literature and Culture in the Department of Asian Languages and Cultures and the Comparative Literary Studies Program. She specializes in modern and contemporary Hindi literature, with a particular focus on literatures of resistance, popular literatures, and translation studies. Her book, Writing Resistance: The Rhetorical Imagination of Hindi Dalit Literature, focuses on modern and contemporary Hindi Dalit literature, or resistance writing by those formerly known as “untouchables.” Her new book project considers Indian “pulp” fiction, particularly the genre of detective fiction and crime narratives. She is especially interested in the ways that the socio-political discourse of crime and criminality are reflected in twentieth century Hindi, Urdu, and English detective novels. Brueck teaches courses on South Asian literature in Hindi/Urdu, English, and in translation, Bollywood cinema, Indian epic literature, the theory and practice of translation, and South Asian civilization, with a particular focus on the modern politics of caste, class, and gender. 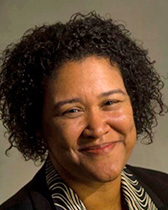 Leslie Harris is Professor of History and African American Studies. Her research and teaching has focused on complicating the ideas we all hold about the history of African Americans in the United States, and finding ways to communicate these new ideas to the general public. In her first book, In the Shadow of Slavery: African Americans in New York City, 1626-1863 (2003), she examined the impact of northern and southern slavery on the definitions of class, gender, citizenship, and political activism promulgated by New York’s blacks and whites. Harris is currently at work on a book on New Orleans that uses Hurricane Katrina and her family’s history as a way to interrogate the history of African Americans in the city from the nineteenth century to the present. She also has ongoing research interests in the history of slavery, gender and sexuality in the antebellum U.S. south, and the historiography of U.S. slavery. 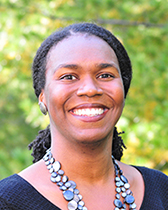 Miriam J. Petty is Associate Professor of Radio/TV/Film and Performance Studies. She writes and teaches about race, stardom, performance, reception, adaptation, and genre and is especially interested in the history of African American representation in Hollywood film. Her first book, Stealing the Show: African American Performers and Audiences in 1930s Hollywood explores the complex relationships between black audiences and black performers in the classical Hollywood era. Petty is also an avid producer of public programs: her recent projects include the 2012 symposium “Madea’s Big Scholarly Roundtable: Perspectives on the Media of Tyler Perry” at Northwestern; the 2014 retrospective “Mama and Papa Lala: 30 Years of Billops-Hatch Films” at Emory University; and the 2015-2016 film series “Seeds of Disunion: Classics of African American Stereotypy” at the Black Cinema House of Chicago. She is currently at work on a book manuscript examining media mogul Tyler Perry’s productions and his African American audiences’ nostalgic investments in such cultural forms as folktales, music, literature, and religious practice. 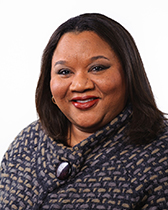 Tracy Vaughn-Manley is Assistant Professor of African American Studies. Her current research examines the specific ways in which the distinctive aspects that define the Black Aesthetic quilting tradition—the assertion of individual and collective agency; the narrative aspects; and the social and historical significance of quilts—make them and the process of quilting a convenient trope for many Black women writers, specifically novelists Toni Morrison, Alice Walker, and Terri McMillian; poets Nikki Giovanni and Lucille Clifton: and playwright Lynn Nottage. These authors consider the connections between quilts, gender, race, culture and identity as well as the intersections between literature, history, and material culture to explore the interiority of Black life—specifically the lives of Black American women. By employing the quilt and the tradition of quilt-making as metaphors for history, community, and legacy, these authors are situating the production and preservation of American folk culture squarely in the hands of Black women. 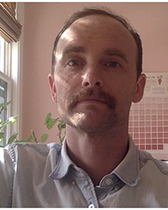 Tristram Wolff is Assistant Professor of English. He writes and teaches on 18th-/19th-Century British literature, as well as comparative and transatlantic romanticisms, critical theory, poetry and poetics, and the environmental humanities, including representations of oil and water as extractable resources in fiction and film. His current book project, with the tentative title Giving Language Time: The Uprooted Word in the Romantic Century, outlines a poetics emerging from transatlantic romanticism that transported the speculative origins of language from the depths of the past to an ongoing present, in answer to the ethnocentric primitivism of the Enlightenment. A newer book project in its early stages comprises a series of essays revolving around the Romantic essayist William Hazlitt, and aims to show how Romantic-era writing on the passions has shaped contemporary debates about affect and emotion in our habits of critical reading.
Back to top