The Distinguished Harris Lecture is an annual humanities-wide lecture that brings renowned scholars to Northwestern. The talks are free and open to the public and made possible by the generous support of the Harris Lecture Fund. 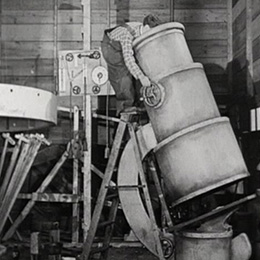 Theory of the Gimmick

Poster for Theory of the Gimmick

When we say a literary work is gimmicky, we mean we "see through it" — there is an undesired transparency about how an aspect of it has been devised and why. Sianne Ngai will explore the mix of attraction and repulsion the gimmick elicits, and its implications for determining aesthetic power.

Sianne Ngai specializes in American literature; literary and cultural theory; and feminist studies. Her books are Our Aesthetic Categories: Zany, Cute, Interesting (Harvard University Press, 2012), winner of the MLA James Russell Lowell Prize and the PCA/ACA Ray and Pat Browne award for Best Reference or Best Primary Source Work; and Ugly Feelings (Harvard University Press, 2005). Ngai was a recipient of a 2007-08 Charles A. Ryskamp Fellowship from the American Council of Learned Societies and in 2014-15 was a Fellow at the Institute of Advanced Studies in Berlin, Germany. In the summer of 2014, she served as faculty at the Cornell School of Criticism and Theory.

More about The Theory of the Gimmick:

When we say that a literary work is gimmicky we mean we “see through it;” that there is an undesired transparency about how an aspect of it has been produced and why. The contrived or gimmicky artwork thus confronts us with an object that would seem to undermine its own aesthetic power simply by calling attention to the process by which its effects have been devised. We might therefore think of the literary gimmick as an inversion of the modernist “device” celebrated by Victor Shklovsky. While both are essentially aesthetic techniques that perform the reflexive action of “laying bare” how they do what they are doing, in one case this action gives rise to a negative judgment while it becomes a bearer of high aesthetic value in the other.

The gimmick thus draws aesthetic production into the moment of aesthetic reception in a way that strangely irritates us—for why couldn’t this be perceived as enhancing aesthetic pleasure? Extending her previous study of equivocal aesthetic experiences and judgments (such as that of the merely interesting), Ngai takes seriously the mix of attraction and repulsion that the gimmick elicits, exploring its implications in forms specific to capitalist culture spanning from the nineteenth century to the present. As we will see, these include a prestigious genre we might not associate with the gimmick at all: the so-called philosophical novel or “novel of ideas.”