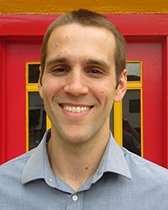 Andrew Britt is a historian of modern Latin America and a digital scholarship developer. His research and teaching center on geography, ethnoracial identity, and racialized inequalities, especially in postemancipation Brazil. His book manuscript, “I’ll Samba Someplace Else": Planning Dislocations in Ethnoracial São Paulo, 1930s-1980s, charts the compelling interwoven histories of three of the city of São Paulo’s most prominent racialized/ethnicized neighborhoods: “Japanese” Liberdade, “Italian” Bela Vista, and “Afro” Brasilândia. The project combines archival research and oral histories with less conventional methods, especially historical mapping, to show that the construction of São Paulo’s most iconic immigrant neighborhoods hinged on the dislocation of Afro-descendants and places they considered sacred. In parallel to his work on modern Brazil, Britt is active in the development of custom digital research methods, especially mapping platforms that engage marginalized populations in reconstructing hallowed histories. He worked on user experience and Portuguese translation for Voyages: The Transatlantic Slave Trade Database. He is currently a member of a digital atlas project titled Paulicéia 2.0 and based at the Federal University of São Paulo (UNIFESP), Emory University, and the Brazilian National Institute for Space Research (INPE). He co-led a community history project about Atlanta’s English Avenue and Vine City neighborhoods and is developing a web-based exhibit about São Paulo’s Brasilândia district (in production). At Northwestern in 2018-2019, Britt taught “Hitchhiking the Atlantic” and “Bulldozed: Chicago and São Paulo.” 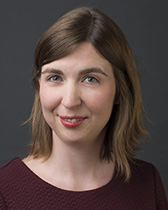 Sarah Dimick is a Postdoctoral Fellow with a joint appointment in the Department of English and the Kaplan Institute for the Humanities. Her work is located at the intersection of climate science and global Anglophone literatures of the 20th and 21st centuries. Her current project, Climatic Arrhythmias: Global Warming, Literary Form, and Environmental Time, examines how literature both documents and responds to the disrupted temporal ecologies of the Anthropocene. Sarah’s articles are forthcoming in Mosaic and ISLE: Interdisciplinary Studies in Literature and the Environment, and her discussion of the challenges of animating climatic research for a public audience can be found in the environmental humanities journal Edge Effects. In her broader research and teaching, she engages a variety of ecocritical approaches, including environmental justice, postcolonial and feminist environmentalisms, animal studies, petroaesthetics, and theories of the environmental future. 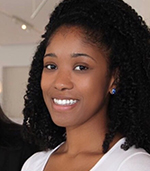 Kaneesha Cherelle Parsard is the Postdoctoral Fellow in Critical Race Studies, and holds affiliations with the Kaplan Institute, the Department of African American Studies, and the Latin American and Caribbean Studies Program. Her expertise lies in examining Caribbean literary and visual cultures through feminist approaches to the legacies of African slavery and Indian indentureship. Her first book project, Improper Dwelling, uses analysis of British West Indian literary and visual cultures as well as archival materials to examine how British colonial housing and planning sought to manage and separate African and Indian labor populations in the period between emancipation and independence. Kaneesha's research has been supported by the Mellon Mays Undergraduate Fellowship, the Social Science Research Council, and the American Council of Learned Societies and her writing is published in American Quarterly and the volume Indo-Caribbean Feminist Thought.

Hiʻilei Julia Kawehipuaakahaopulani Hobart is a Postdoctoral Fellow in Native American and Indigenous Studies, with a joint appointment in the Kaplan Institute, Program in Science in Human Culture, and Asian American Studies. Her work looks at the points of intersection between foodscapes and indigeneity. Hiʻilei’s doctoral dissertation applies the framework of Settler Colonialism to food culture, and shows how taste qualities and food temperature index territorial power in Hawaiʻi. She is especially interested in the history of commodity ice and refrigeration in the Pacific, the development of new technology in the nineteenth century, the affective registers of comfort and home-making, and indigenous embodiment and environmental knowledge. Before joining Northwestern, Hiʻilei taught a number of undergraduate classes at NYU where she developed syllabi on topics including critical food studies, material culture, and cuisine. She has recently published on frozen meat, localism and ‘Local’ food in Hawai‘i, and guest edited for the journal Food, Culture, and Society. 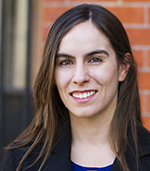 Elizabeth Schwall received her Ph.D. in Latin American and Caribbean History from Columbia University in 2016. Her interdisciplinary research and teaching combines History and Dance Studies to shed new light on the physical movements that animated daily life, politics, and intellectual inquiry in the region. Her book manuscript, Political Moves: Dance and Power in Revolutionary Cuba, examines dance as revolutionary politics, labor, and leisure in Cuba from 1930 to 1990. Her broader research interests include Brazilian history, Latin American performance, Cold War cultural diplomacy, and the histories of migration and community building through art. Essays accepted for publication will appear in the Hispanic American Historical Review and two edited volumes. Her book reviews and encyclopedic entries have appeared in Dance Research Journal, Cuban Studies, New West Indian Guide/Nieuwe West-Indische Gids, Routledge Encyclopedia of Modernism, and the Dictionary of Caribbean and Afro-Latin American Biography. She has taken many dance classes over her years of travel and research. She encourages students studying abroad to contact her for tips on dance classes in Havana, Santiago de Cuba, Rio de Janeiro, Mexico City, or Santiago, Chile. 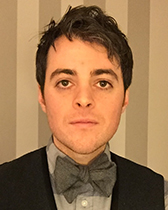 Ph.D. in English, University of Pennsylvania

Danny Snelson began a two-year residency in fall 2015 as our first Mellon Postdoctoral Fellow in the Digital Humanities, with a joint appointment in the Kaplan Institute and the English Department. His research and teaching blend a study of poetry and poetics with work on digital and network cultures, material text studies, and media theory. His dissertation, “Variable Format: Media Poetics and the Little Database” moves away from “big data” analysis to consider relatively small online collections of digital objects, particularly noting ways that print, sound, and cinema work within the new media context of twentieth-century art and literature. Danny teaches courses that engage in digital cultures from a humanities perspective and contribute scholarly expertise to general digital humanities initiatives. His course, "Print-on-Demand Poetry: Making Books After the Internet," examines the emergence of innovative forms of writing under the influence of digital networks, inviting students to experiment with Print-on-Demand in a series of collaborative and independent scholarly projects. Visit Danny's website here. 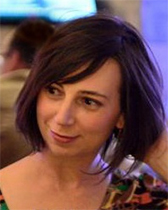 Ph.D. in Visual and Cultural Studies, University of Rochester

Amanda Jane Graham’s interests include spatial theory, social activism, museum studies, and curatorial practice. Her teaching and research on post 1960 American dance, art, architecture, and urban development draw on these topics. In her dissertation, Amanda examines how New York City experimental dance by Trisha Brown and Lucinda Childs moved from informal, often outdoor, performance spaces to the formal proscenium stage. Amanda has published articles on dance, visual art, and culture and media in academic journals including Dance Chronicle, Latin American Perspectives, and InVisible Culture. Additionally, she has contributed several essays on the political stakes of art making and pedagogy to curatorial catalogues, artist books, and edited collections including Nadia Myre: En[counter]s and Collaborative Futures: Critical Reflections on Publicly Active Graduate Education. Amanda has presented at many conferences including the Society of Dance History Scholars, the Society for Cinema and Media Scholars, the College Art Association, and the Frick Symposium. As a gallery director, Amanda organized exhibitions for up-and-coming and established artists, including South African artist William Kentridge. She taught courses on Avant-Garde scores, dance, and visual art collaborations. 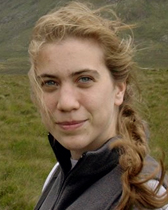 Sheila Wille is an environmental historian of eighteenth- and early nineteenth-century Britain and the empire, with a special interest in the history of entomology. Her current project links political, environmental, intellectual, and religious history to explore the history of eighteenth-century entomology and the increasing visibility of insects in that period. Insects combined with other newly unmanageable sectors of the natural world to threaten, and subsequently strengthen, foundational and politically influential enlightenment claims that nature was stable, fruitful, and self-equilibrating. In addition to her training in history, Dr. Wille maintains an interdisciplinary interest in archaeology, material culture studies, environmental studies, and all things entomological, and encourages students to contact her about their research interests in any of these fields. Sheila taught courses on the history of botany and entomology in the British Empire, as well as on apocalypse narratives in the West. 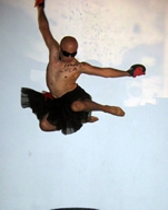 Ph.D. in Culture and Performance, UCLA

Jose Luis Reynoso's interests include critical theory and pedagogy, the explicit and implicit politics of choreography, ideologies of artistic identity, and the role of corporeality in knowledge production. Applying these perspectives, Jose writes and teaches about various aspects of modern/contemporary dance in Mexico and the U.S. with an emphasis on the intersection of race, gender, class and sexuality. In his dissertation, Jose examines the role that ballet and modern dance played in the construction of post-revolutionary, modern Mexico from 1919 to 1940. Reynoso has presented at several conferences, including Dance Under Construction, Danza Teorica, Congress on Research in Dance, and the Society of Dance History Scholars. As a performer and choreographer, he has collaborated with multiple choreographers and performance artists including Hae Kyung Lee, David Roussève, Guillermo Gomez-Peña, and Roberto Sifuentes. He has also presented his own choreographic work nationally and internationally. 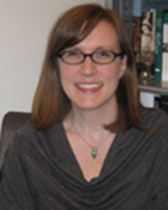 Melody Deusner specialized in late nineteenth- and early twentieth-century art, with particular emphasis on the study of American painting and mass culture in an international context. Her doctoral dissertation, “A Network of Associations: Aesthetic Painting and its Patrons, 1870–1914,” probed the startling convergence between the pursuit of an art for art’s sake—which promotes the activity of selection, arrangement, and the orchestration of harmonious visual effects as the true substance of picture-making—and the organizational imperatives of systems management and network building in the political and corporate spheres in turn-of-the-century Britain and America. Her research has been sponsored by the Smithsonian American Art Museum, the Luce Foundation/ACLS, the Kress Foundation, and the Metropolitan Museum of Art, with ongoing support provided by the Terra Foundation for American Art. She taught graduate and undergraduate courses in Art History. 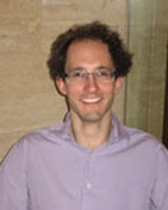 Mark Kauntze’s research focused on the Latin literature and philosophy of the High Middle Ages. He was particularly interested in the transmission of ancient thought, the theory and practice of rhetoric, and medieval accounts of the history of philosophy. During his fellowships, Mark was completing a monograph on the twelfth-century poet Bernardus Silvestris, and working on a critical edition of the second part of Roger Bacon’s Opus maius. He taught Medieval Latin in the Graduate Classics Cluster.

Ph.D. in History, University of Chicago

Elizabeth's research project, "A Political Education: Race, Politics, and Education in Post-Civil Rights Chicago," investigated Black political organizing in Chicago around inequities in public education. Between the late 1960s and the 2000s Black Chicagoans organized within and outside of the public school system around integration, Black educational institution building, and community control. These diverse ideological and programmatic approaches eventually coalesced into unlikely alliances to navigate an increasingly privatized public education system. This project forces a reconsideration of the complexity of Black civic life and political possibilities in urban America in the Post-Civil Rights era. Investigating political organizing within, and beyond, the institutional setting of public schools furthers understandings of the dynamic relationship between schools and communities.